Letter of concern regarding hearing at European Parliament FEMM Committee 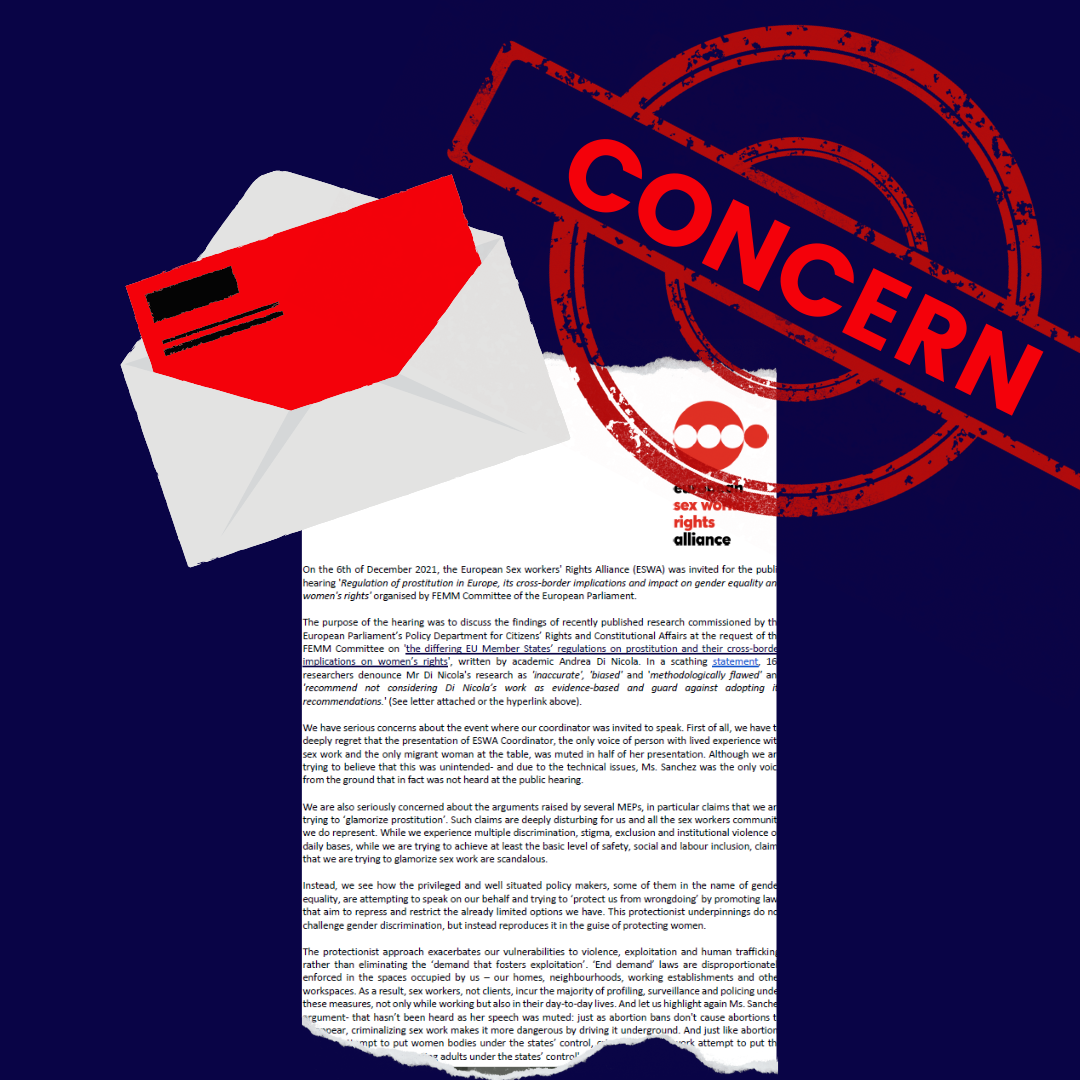 On the 6th of December 2021, the European Sex workers' Rights Alliance (ESWA) was invited for the public hearing 'Regulation of prostitution in Europe, its cross-border implications and impact on gender equality and women's rights' organised by FEMM Committee of the European Parliament.

The purpose of the hearing was to discuss the findings of recently published research commissioned by the European Parliament’s Policy Department for Citizens’ Rights and Constitutional Affairs at the request of the FEMM Committee on 'the differing EU Member States’ regulations on prostitution and their cross-border implications on women’s rights', written by academic Andrea Di Nicola.

In a scathing statement, 168 internationally established academics and researchers denounce Mr Di Nicola's research as  'inaccurate', 'biased' and 'methodologically flawed' and 'recommend not considering Di Nicola’s work as evidence-based and guard against adopting its recommendations.'

The voices from the ground are still silenced

ESWA has serious concerns about the event where our coordinator was invited to speak. First of all, we deeply regret that the presentation of the ESWA Coordinator, the only voice of a person with lived experience of sex work and the only migrant woman at the table, was muted for half of her presentation. Although we would like to believe that this was unintended- and due to technical issues, Ms. Sanchez was the only voice from the ground that in fact was not heard at the public hearing.

This hearing was another occasion to see how privileged and well situated policy makers, some of them in the name of gender equality, are attempting to speak on our behalf and trying to ‘protect us from wrongdoing’ by promoting laws that aim to repress and restrict the already limited options we have.  This protectionist position does not challenge gender discrimination, but instead reproduces it in the guise of protecting women.

The protectionist approach exacerbates our vulnerabilities to violence, exploitation and human trafficking, rather than eliminating the ‘demand that fosters exploitation’. ‘End demand’ laws are disproportionately enforced in the spaces occupied by us – our homes, neighbourhoods, working establishments and other workspaces. As a result, sex workers, not clients, incur the consequences of these measures; profiling, surveillance and exacerbated policing - not only while working but also in their day-to-day lives.

MEPs and policy makers at EU level must stop this conflation of prostitution with violence against women and/or trafficking and work with us and civil society partners to develop policy that protect, not marginalize, all women.

To access the full Letter of Concern sent by ESWA to members of the European Parpliament, click HERE

How you can help make our voices heard

Send an email to the MEP of your country to call for evidence-based and sex workers' inclusive research. The list of FEMM Committee MEPs and the template of the email are accessible HERE 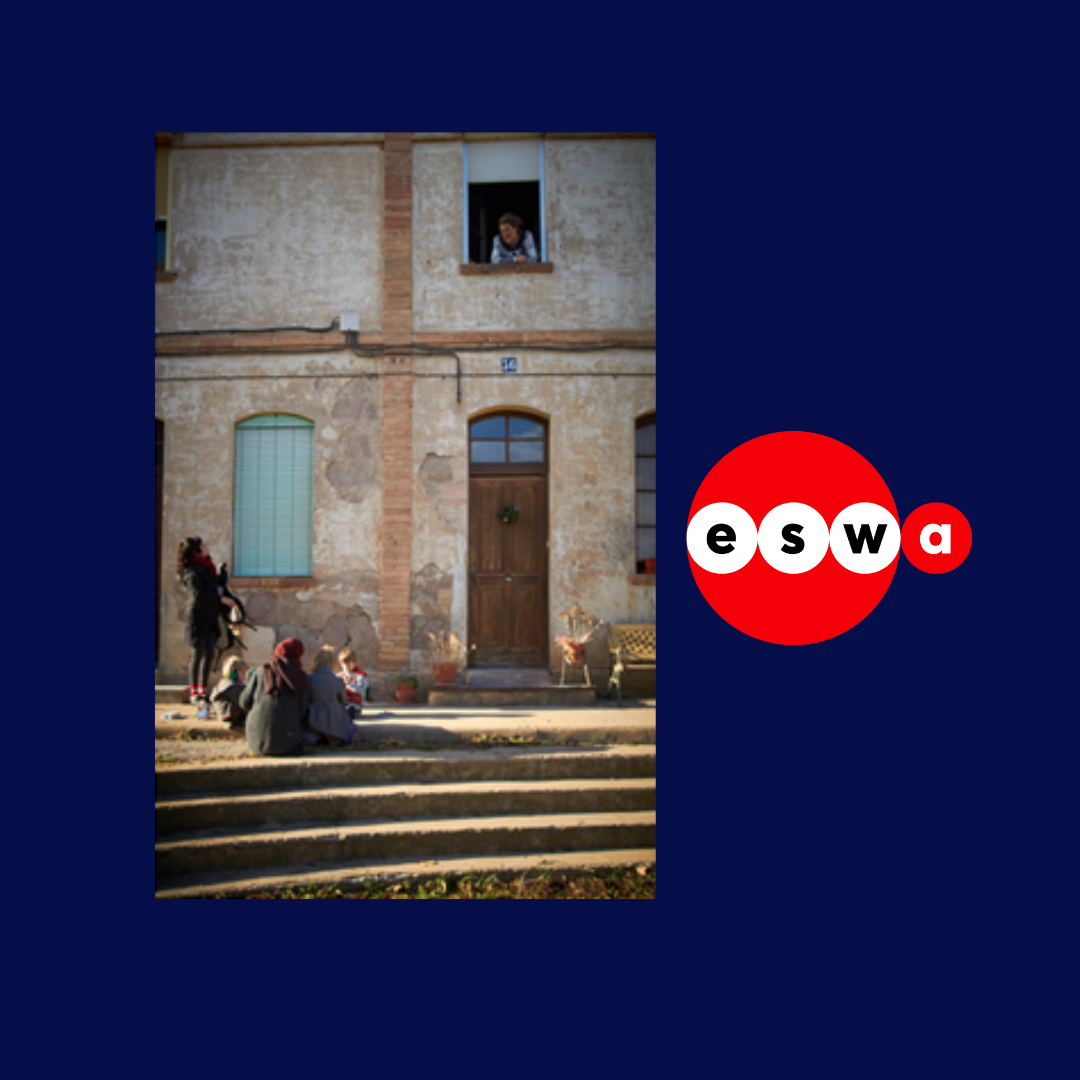 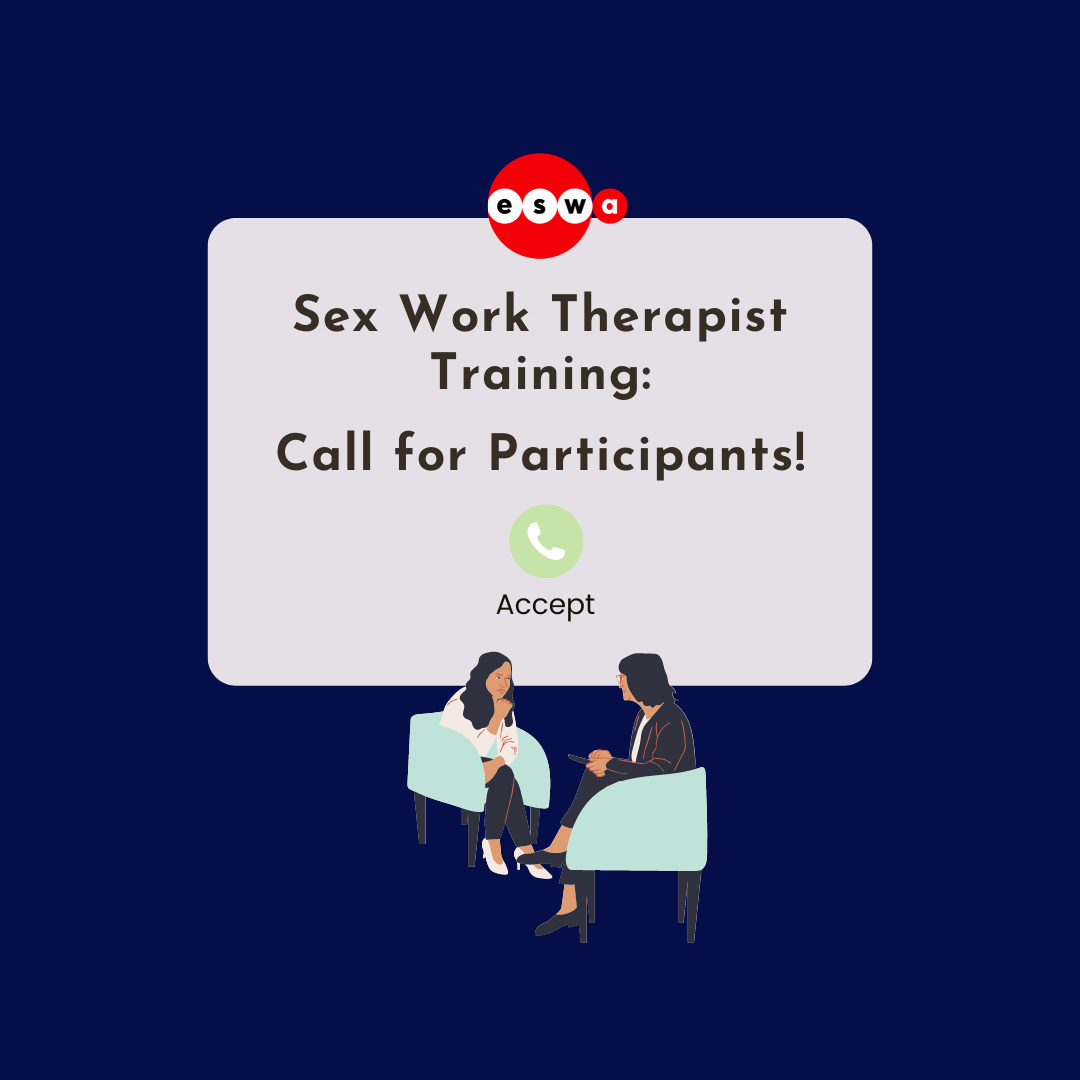 Monkeypox: Remember the lessons learned from the Covid-19 pandemic